BOOK US FOR YOUR CULINARY EXPERIENCE

Menus are customised for each experience and ingredients are fresh, seasonal and locally grown.

Sample tastings of old classics the way our grandparents made them, as well as dishes using African ingredients but with a delightful Western twist – Africa-meets-Europe style. Rediscover the heart and culture of Africa.

THROUGH THE EYES OF AN AFRICAN CHEF

"Best In The World" award winner at the international Gourmand World Cookbook Awards, 2018. Chef Nompumelelo Mqwebu takes you on a culinary journey that celebrates African food culture and cooking. Enjoy some classic dishes we well as a modern and chic spin on some favourites.

A food extravaganza that celebrates the culinary expertise of chefs and farmers, focusing on African women and African diaspora. Enjoy cooking demonstrations of unique local dishes and an exciting line-up of industry experts who cover various themes in the culinary space.

Book me for a talk or demonstration at your event, festival or culinary school. Learn more about cooking local dishes, supporting local farmers, and sustainable farming.

African chefs, mainly females from Uganda, Ghana, Senegal, Lesotho, Ethiopia, and South Africa have graced the event demonstrating some unique local dishes. There’s also an exciting line-up of industry experts who cover various themes in the culinary space such as “farmers corner”, local chefs joined by visiting chefs to talk about the food value chain, sustainability, and the future of food.

The event hosts interactive demonstrations with the chefs giving tips to audiences on how to prepare their local dishes. In addition to the demonstrations, chefs also speak to the audience about the culture behind the food, showcasing the health benefits of African food. Wine sommeliers join in the cooking demonstration to pair the dishes with the perfect South African wines.

The aim of the festival is to unite people through food – “Travel Africa on a Plate” – which is known to gather people around the table as a symbol of togetherness and joy. The South African public have an opportunity to learn about the different cultures from other parts of Africa, as well as the produce indigenous to regions of Africa that is available in our local markets.

The event is family friendly with a “kiddie’s corner”, where children are taught the benefits of healthy eating and how to choose their food. 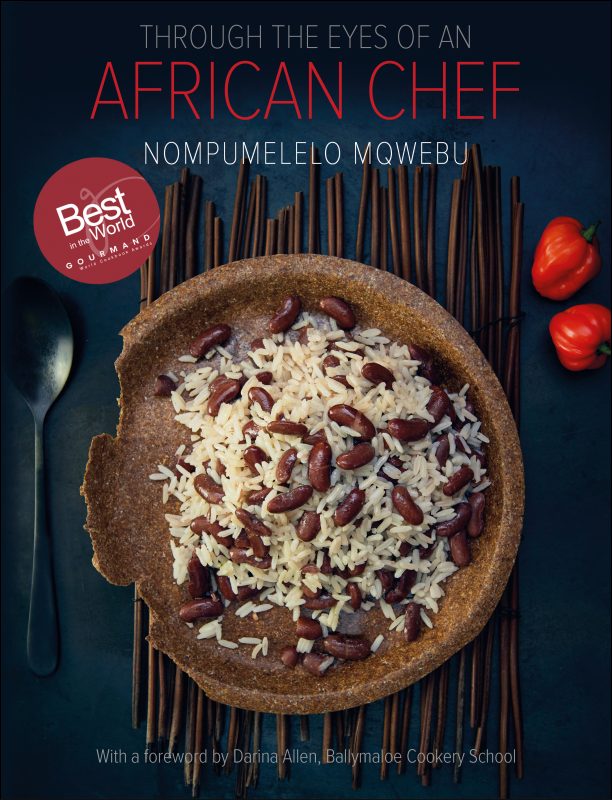 Find out more about my culinary journey in my book, “Through the Eyes of an African Chef”.

The book includes all the usuals, such as starters, side dishes, mains, and desserts. It also includes extras such as recipes from my international travels, including cream cheese and bread making from my time at Ballymaloe Cookery School under chef Darina Allen; some of my father’s traditional recipes; and a few Khoisan classics, such as honey-glazed springbok. 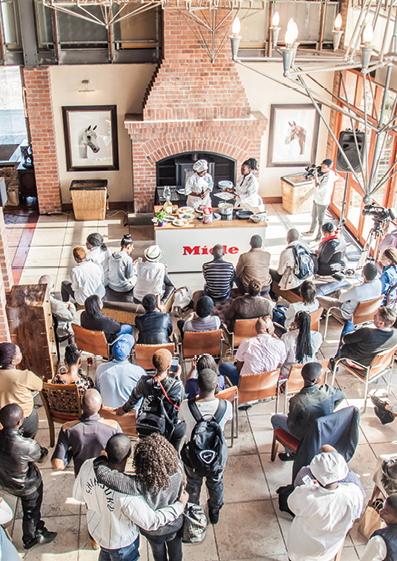 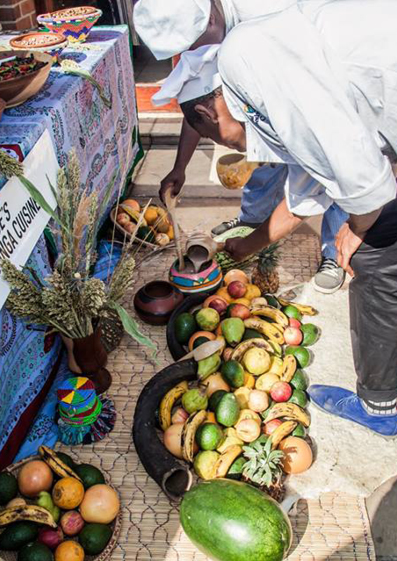 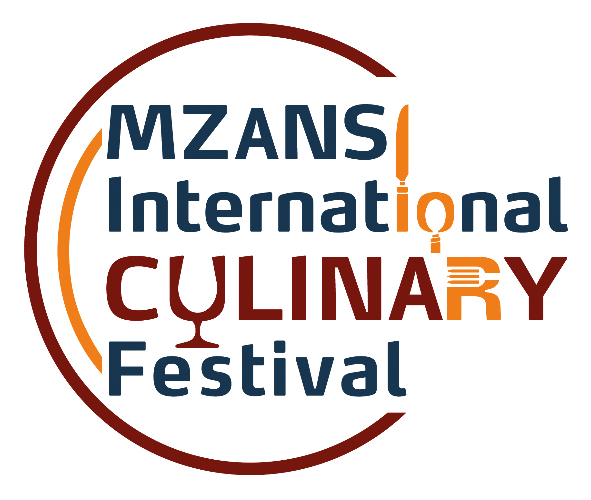 Contact us to find out how we can tailor a culinary experience for your event or function, from full-course meals to exciting taste experiences.